A Tax on Spontaneous Expressions of Joy by Employees of United States of America, Inc. 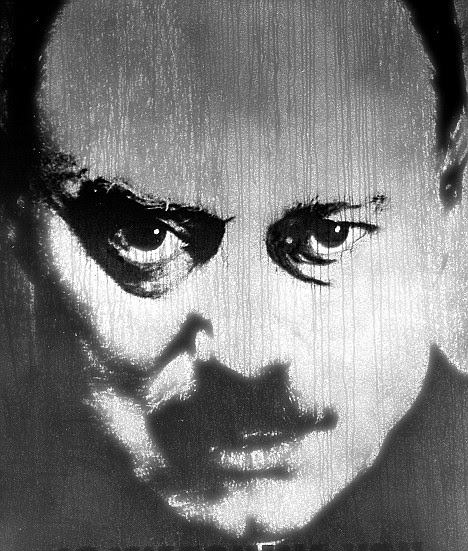 New legislation, nicknamed "the Joy Tax," was leaked, this morning, by a congressional aide who calls himself, simply, "Winston."

What is the problem to which the Joy Tax legislation – due to be passed later today – is the solution?

The new legislation, subtitled "A Brighter Day for U.S.A., Inc.," states the problem:

"Spontaneous expressions of joy are unwelcome interferences in the orderly performance of workers' daily duties. The Monday-through-Saturday 12-hour workday is a sacrosanct tradition in United States of America, Inc., formerly the United States, and any incursion into those time-blocks must be viewed as an abuse of worker privilege." 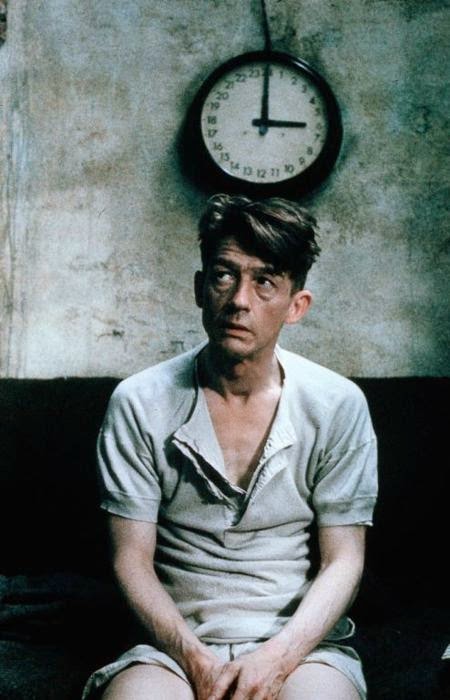 If productivity is the problem, then the logical solution, states the bill, is to "create more time" for U.S.A., Inc. workers:

"Disincentivization is the solution to the problem of productivity-disenhancing spontaneous expressions of joy. Using taxation measures to disincentivize joy will create more time and necessarily bring new prosperity to United States of America, Inc., which has recently and most unfortunately lost its corporate leadership position in world markets due, in part, to time-wasting frivolity on the part of its workers."

How specifically will the proposed legislation disincentivize joy?

"By forcing workers to pay a 2% tax on their wages every time they break out into laughter or otherwise allow joy to manifest, this bill creates a strong psychological barrier to the manifestation of joy. Workers' disinclination to joy expression will result in an immediate increase in productivity and spur a return to a position of dominance of U.S.A., Inc. in world markets." 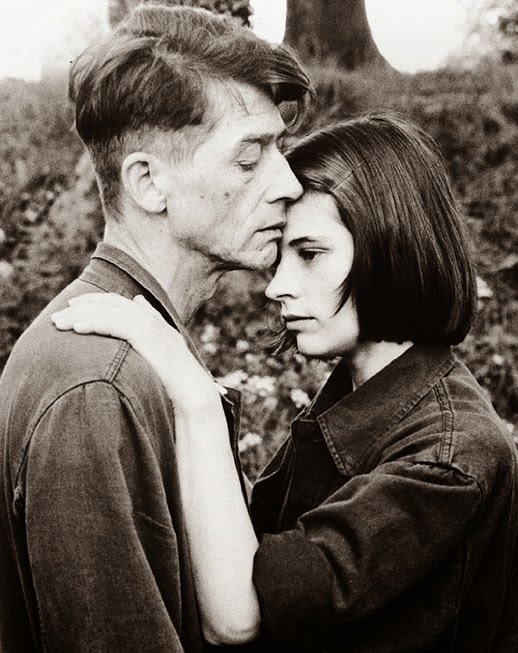 Will hugs be banned?

How will taxes be administered? 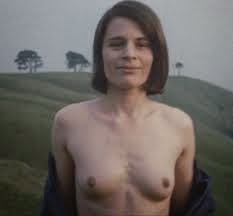 Will state-sponsored laughter be allowed?

"United States of America, Inc. will allow non-taxed state-sponsored laughter, smiling, and other expressions of joy on a tri-monthly basis. On the 1st, 11th, and 21st day of each month, joy will be scheduled for workers for a minimum, and a maximum, of five minutes, directly after the 8:00 p.m. work stoppage time. State-sponsored expressions of joy from 8:00 p.m. to 8:05 p.m. must seem to be spontaneous (or "real"), or additional taxes will by levied as per Section 3A."

In accordance with the Code of Journalistic Ethics, this author fully and wholeheartedly agrees with and endorses the Corporation's position that a tax on joy is a fair and equitable solution to the problem of time stolen by U.S.A., Inc. workers in the form of spontaneous expressions of joy during workday hours.

This author fully and wholeheartedly agrees with and endorses the Corporation's position, further, that state-sponsored post-workday laughter is a reasonable method of managing workers' "joy release."

This author fully and wholeheartedly agrees with and endorses the Corporation's position, finally, that tri-monthly allotted periods of post-workday joy is a reasonable method of cutting time lost from spontaneous joy expression and will necessarily result in substantial productivity increase and create a brighter future in world markets for United States of America, Inc. 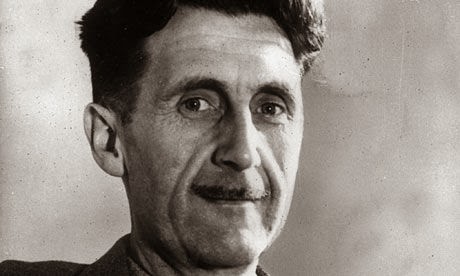 Congressional aide "Winston," who leaked this document hours before its assured passage later today on Capitol Hill, has not taken a public stance for or against the new legislation and he cannot be contacted by any standard protocol.

The author lives in Zone 7 of United States of America, Inc. His hobbies include surfing state-sponsored pornography and raising his children through Virtual Dad. His enforced privacy rating is Level 2, and he is therefore not contactable by other employees of U.S.A., Inc., except through Supervisor Mediation Query Protocol 1.
Posted by Jock Doubleday at 1:10 PM No comments:

The Pen Is Mightier than the Drone

The Pen Is Mightier than the Drone
by Jock Doubleday

You dare to challenge
the hot blood of free humanity?
You dare to soar
through our blue skies autonomous,
unthinking, unfeeling, unyielding?


We are the Promethean race
who stole fire from the gods.
We are the descendants of Odysseus
whose strength moved earth and heaven.
We are the progeny of Giants,
a clever compaction,
a thinking brute without compunction
to amass our millions against you.


Your silver, silent, senseless gauntlet
is a fly
buzzing around the head of limitless power,
anger without name,
retribution without end.


Your epitaph is written in stone
by savage-hearted, noble,
crystal-eyed humanity.
Your destiny is etched upon the page of history
in words that pour from our primitive hearts
like ink from an eagle's quill.

The Tyranny Will Be Televised 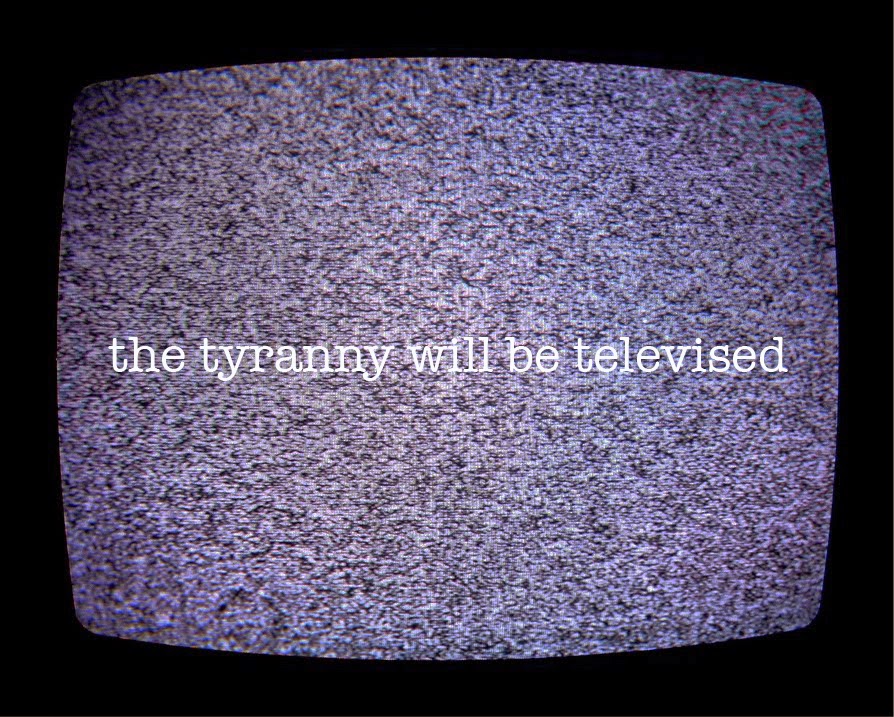 The Tyranny Will Be Televised
by Jock Doubleday

You thought they'd come in the dark of night,
sirens mute,
engines whispering your name,
your children's names,
you thought they wouldn't make a scene
and credits wouldn't roll
and blue lights wouldn't interrupt your dream,
but the tyranny will be televised.

You thought it was a secret plan
among the brotherhood,
you thought a dagger would be drawn
in candlelight
or stealthy poison seize your soul in catacombs,
but monsters' minions like the light of day
and make announcements of your doom
and salivate there's more to come:
the tyranny will be televised.

You thought the FEMA camps would bake
undocumented in the brutal sun
and never rouse the sleeping satellites,
you thought the torture would be private
and screams would go unheard
and blood unseen,
but those who click the tools were hired
because they lack empathic genes,
and replay is their favorite thing:
the tyranny will be televised.

You thought the revolution would be memory-holed
and the alphabet would start with B
and V would stand for villainy
and love would beg on shattered streets
and clones would dance in checkered sheets,
but A's in Aquarius, V's in love,
and love's in revolution, don't you know,
and revolution likes a show:
the tyranny will be televised.
* * * *

FOR THE FIRST TIME IN HISTORY, the descent of a society into tyranny will be televised.

There will be a complete record, in color, and in the finest detail, of a banker-sponsored coup, a corporate police and corporate military takeover of an entire country.

And not just any country: the United States, a country born of the fiery spirit of revolution and an unquenchable thirst for freedom.

This septillion2-pixel record of every lie, every hand gesture, every facial tic, every cynical stroke of the pen of the bankers' selected politicians steering a prosperous people toward ruin; this permanent audiovisual recording of the fervent resistance of a few good politicians, led by statesman Ron Paul, to the cynical machinations of the bankers' obsequious minions; this audiovisual footage of the resistance of U.S. citizens to TSAinvasions, K9 persuasion, black batons, and trainloads of light-armored tanks and armored personnel carriers with "RESCUE" or a red cross stenciled over camouflage paint (like drawing a heart on a nuclear warhead); this massive archive of videographic footage, in color and in sound, taken in its entirety, will be a unique and ultra-powerful teaching tool for future generations – assuming that any generations exist after the bankers have "rescued" us, that is, after they have completed their latest in a series of economic implosions and have rounded U.S. citizens up for FEMA camp internment – the last step before "useless eater" cullings, a planet-wide anti-humanity transhumanist program to depopulate the earth by 90%, give or take a few children, women, and men.


This audiovisual record will comprise a TV documentary that survivors will title "Tyranny 666.0" . . . or "Total Tyranny Comes to Town: How the United States Was Infiltrated, Corrupted, and Destroyed by Paid Minions of the Rothschild Dynasty.

The documentary begins with footage shot by local news channel and NYPD camerapersons in helicopters flying over lower Manhattan on September 11, 2001.

This footage, originally played by Rothschild-controlled media as a means to shock the world into submission, ended up, quite incidentally, giving the world its first detailed (videographic) look at a Rothschild-sponsored false-flag operation in progress.

What was meant to be televised to impressionable minds worldwide was: fireballs, terrorism, murder, a hot gauntlet thrown down by Muslims bent on pursuing an insane world-shaking clash of civilizations, a declaration of war by austere Muslims against hedonistic, money-above-all Christians.


What many people (clear thinkers) actually saw, instead, was: three huge structures blown to dust by controlled demolition and the resulting pyroclastic flow of dust and ash, typical of volcanic explosions, pursuing city-dwellers throughout the streets of lower Manhattan like a Pillsbury Doughboy gone mad.

This was big news – that Muslims were not responsible – but the people with discerning minds who discovered it, and others who read their research and understood it, had no control over the Rothschild-steered major media's outpouring of lies, so the official story of "Muslim terror on 9/11" continued to burn in the hearts of United States citizens and in the hearts of unwitting persons around the world.

In the years following 9/11, the televised build-up to total tyranny in the United States continued.

We watched news anchors blithely report that the TSA would be turning free persons into criminal suspects in U.S. airports in the name of "safety." We watched the rollout of Michael Chertoff's personally profitable naked body scanners, which employ carcinogenic backscatter x-rays that destroy both bodily health and bodily privacy. We watched air travelers senselessly pay for the crimes of "hijackers" who never flew (and never could have flown) passenger jets, or anything else, into the Twin Towers.


We watched the TV news report the rise of checkpoints on U.S. highways as if reporting on the weather. These checkpoints shattered the 4th Amendment with one blow. (And police were often in league with military personnel, violating the Posse Comitatus Act.) On April 14, 2009, pastor Steven L. Anderson was illegally and unlawfully tasered, repeatedly, at an Arizona DPS and U.S. Border Patrol checkpoint because police claimed, incorrectly, that a drug-sniffing dog had identified drugs in his car. In Florida in 2010, "no refusal" DUI checkpoints were instituted in which, if a breathalyzer test was refused, blood was taken. In late August and early September of 2013, Tennessee police stopped drivers at "no refusal" blood-draw DUI checkpoints. In Alabama in 2014, off-duty deputies (pretending to be on-duty officers) were paid by a private research firm to gather DNA (saliva and blood samples) from driver volunteers (although the checkpoint sign bringing people to the shoulder of the road said nothing about volunteering) and paid volunteers $60.

The rise of the police state went virtually uncriticized by the Rothschild media, which cheerleaded it with an occasional nod to the steadily antiquating notion of human rights. We watched news anchors report in blasé tones that U.S. Army  or U.S. Marine forces would be conducting drills in various cities or neighborhoods across the Unites States, and "don't be alarmed."


We watched from helicopter television cameras as emergency personnel stood around doing nothing after the so-called "Sandy Hook shootings," which it turns out resulted in zero confirmed deaths, though the crisis actors involved cried tears (or tried to cry tears) and told stories meant to convince you otherwise. The razing of the school, which, at any other crime scene, would be called "destroying evidence," was completed early in 2014.

In Massachusetts, 9,000 armored military and militarized police searched the Greater Boston area for a single suspect after the staged and embarrassingly uneventful "Boston bombings" (uneventful except for crisis actors' absurd theatrics), forcing thousands of homeowners to submit to home inspections without a singe warrant issued.


On February 12, 2013, we watched as our televised Big Brother – I mean Barack Obama, I mean Barry Soetoro, I mean Barry Soebarkah, I mean Harrison J. Bounel, or whatever his name is – cheer our transformation into Amerika